What is your favourite Cream song?

The band will be performing @ Legendz Pub and Grill December 21st! Spread the word, a great night out just before Christmas! We hit the stage @ 8:00pm . We can't wait to see you!

We are excited to be back at Meyer's Pier Patio & BBQ Friday June 8th! A great way to enjoy some music with exceptional atmosphere. We will be performing acoustic renditions of your favourite British Rock. We look forward to seeing you! We hit the stage @ 7:00pm!

We are pleased to be included in this years 2018 50's 60's Rock N' Roll Festival! We will be hitting the stage September 15th. We hope you can join us as well as the other wonderful acts! Promises to be a weekend you won't forget!

Extra, extra, read all about it! Internationally acclaimed lead vocalist and frontman, Belleville’s Andy Forgie, (of Creed, Photograph and All You Need Is Love renown), has joined forces with one of the Quinte regions most popular groups “Big Black Smoke”:  in a celebration of the British Invasion & The American Revolution, that is as electrifying as the musical explosion that rocked the airwaves back in the 1960’s and early 70’s! The band is further complimented by veteran musicians Chris Dunwell (Photograph), Ron Bowley & Gary Peck (  formerly of Ed’s Garage) and Steve Smith (The Sands Of Time, Bentwood Rocker & All You Need Is Love).

When Ed Sullivan shouted those two immortal words “The Beatles!”, on that Sunday night, February the 9th, in 1964…the world of popular music would be forever changed! What followed in it’s wake was known as The British Invasion: The Rolling Stones, The Animals, The Kinks, The Hollies, Gerry & the Pacemakers, and many others! Not to be outdone, North American acts would soon put their best foot forward: The Byrds, Bob Dylan, Buffalo Springfield, The Mamas & The Papas, The Band & CCR, to name only a few! This music changed the world as we knew it, and resonates as vibrantly today, as when it first dominated the charts of our youth!

Back @ the Belleville Army Navy Club!

We are pleased to be back @ the Belleville Army Navy Club Saturday November 25th. A great night of all your British Invasion favourites and so much more! Joining us on drums for the evening is our good friend Ed Quinn!

Back at Shorelines Casinos!

Join together with the band Saturday, October 14th @ Shorelines Casinos!
Our good friend Ed Quinn will be joining us on drums!
We have a night of the very best British Classic Rock in store for you.
Showtime is 10:30. Can't wait to see you! 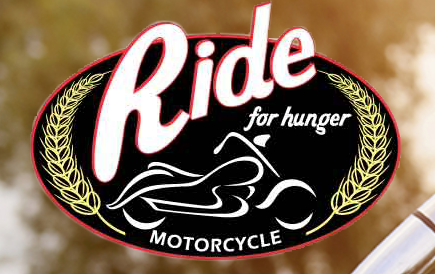 Come join us Friday, June 9th @ Shorelines Casinos! We are looking forward to our performance there! we hope you can join us. A great night of music. The band hits the stage @ 10:30pm. We hope to see you there!

Quinte West Hops On The Water

We are a few days away from Quine West:Hops On The Water Saturday April 22nd! We hope you can join us. A great day of local craft beers, wines, and ciders. Not to mention live entertainment. Tickets are available @ the Empire Theatre box office. Hope to see you there!